Lionfish have an amazing defense system made up of 18 venomous spines. Have a look at my picture below which shows exactly where those 18 venomous lionfish spines are strategically positioned.

The next picture shows a closer view of some of the 13 spines on the dorsal fin and you can also see the orange and black striped sheaf that I pushed back with my pair of tin cutters. 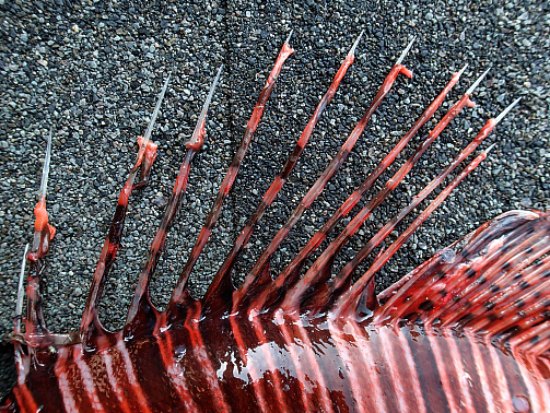 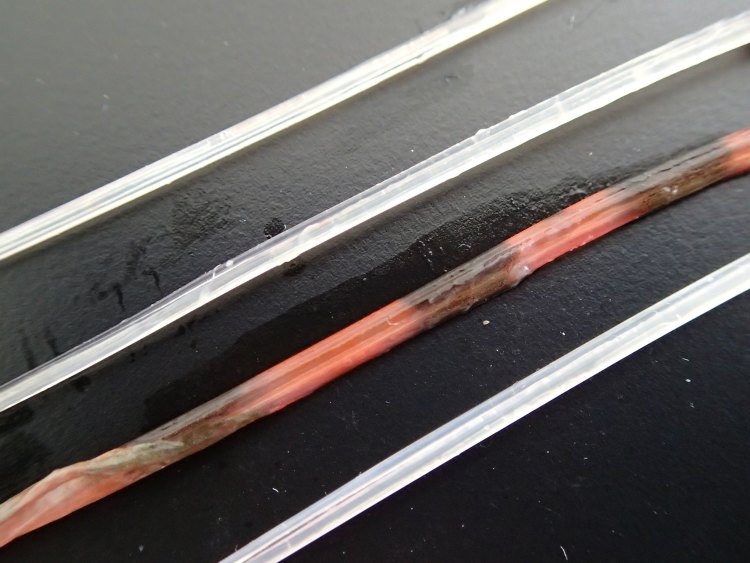 Remember if you hunt lionfish there is always a chance that you may get stung by one or more of those 18 spines. Be prepared and read my post on “Lionfish stings first aid and treatment”. 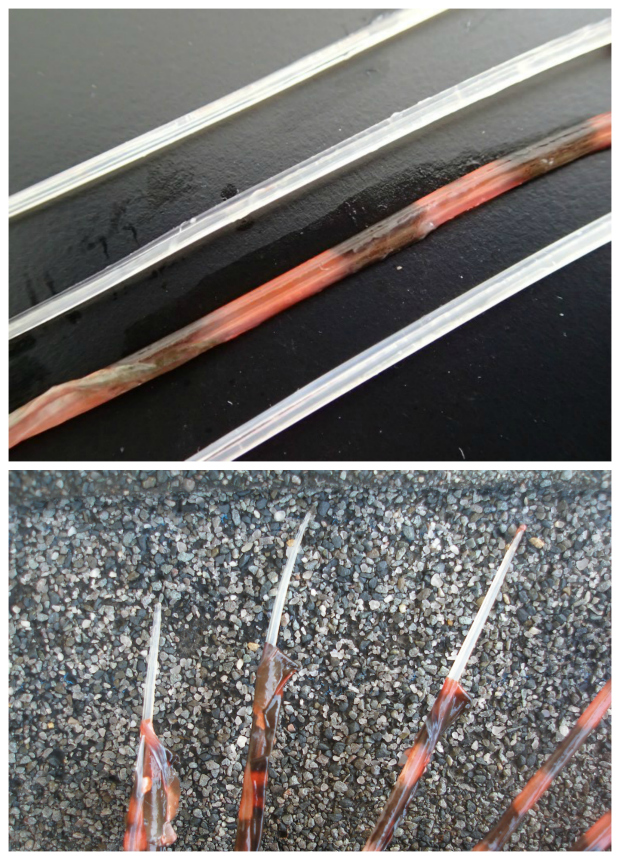 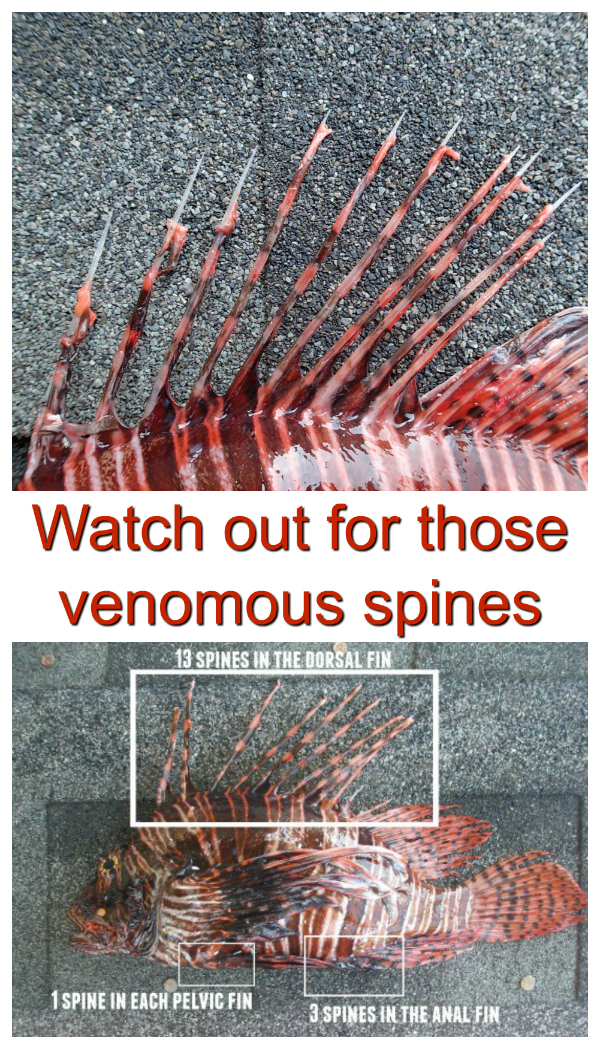