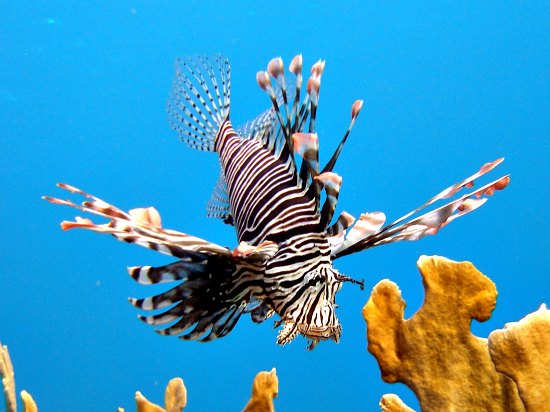 Lionfish truly are an amazing invasive species. In their Pacific home waters over thousands of years their numbers have been kept under control as part of the natural balance of nature on the reef. However, in the Atlantic and Caribbean it is lionfish reproduction that is one of the main reasons why lionfish are taking over. In the Caribbean in particular they breed all year around and they are sexually mature after just one year. The females are able to produce 2 egg sacks every 4 days and these egg sacks can contain 15,000 (Fifteen THOUSAND) eggs in each egg sack. The result can be 2,000,000 (2 MILLION) eggs per female per year.

Studies in the Pacific shows that it is the males that start off the act of “courtship”. The males use their spines and fins in a visual display to intimidate their rivals but attract potential mates. This whole process goes on for days until hopefully if the male has been successful the female will join the male for a spawning dance. They will circle each other face to face while ascending slowly. Just before reaching the surface the female will release her two egg sacks and as the sacks are ascending to the surface the male will turn upside down and release a cloud of sperm into the sacks. 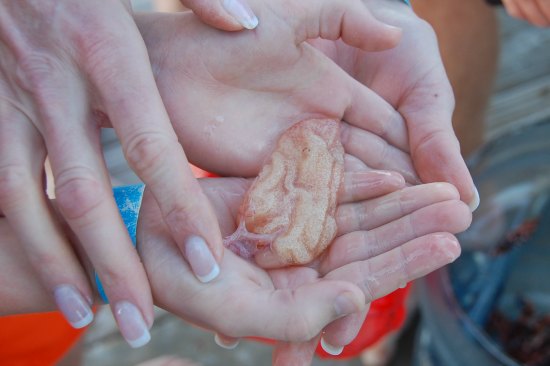 While cleaning lionfish on the dock for our customers to prepare for dinner, everyone was fascinated by the large egg sacks and the thousands of baby lionfish that could be born as a result.

The egg sacks contain a noxious chemical, which means that many more of the eggs actually hatch compared to other fish because eggs that are surrounded by a noxious chemical are much less likely to be eaten, than some other fish eggs which are just released directly into the water.

The eggs hatch into larvae in a very short space of time – approximately 24 – 36 hours.

Little is known about the larval stage of the lionfish. What is known is the larvae have a large head, a long and triangular snout, long serrated head spines, a large pelvic spine and only their pelvic fins are coloured. They are good swimmers and can eat small ciliates and other small zooplankton just four days after conception. The larval duration of the microscopic size larvae is approximately 25 to 30 days. It is in the larval stage where the larvae is looking for a hideout along the seafloor, so it is not until it approaches land if it has crossed big areas of open sea that it will be able to find its first home.

After just three more months the lionfish are a mini version of their parents. 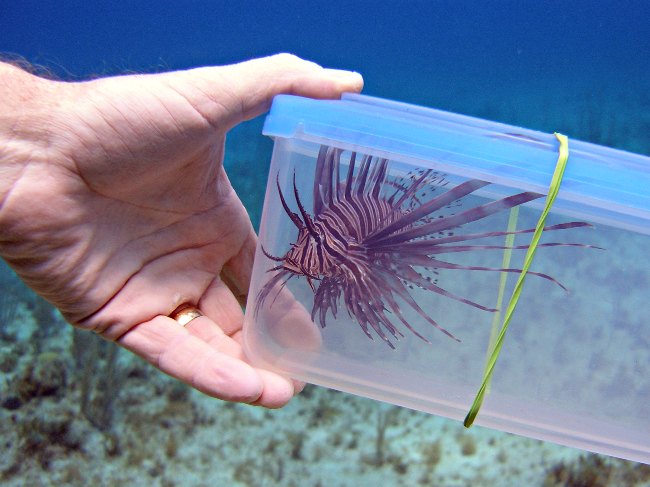 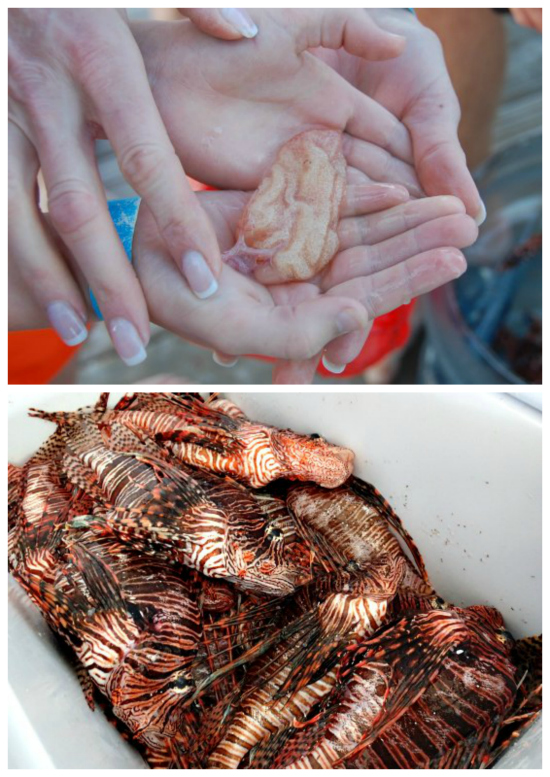