Lionfish invasion. How they took over the Caribbean and beyond 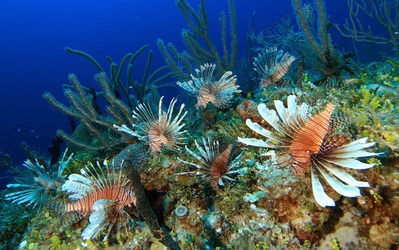 I live in Grand Cayman (The Cayman Islands) and we spotted our first lionfish on East End where I live in September 2009.

24 years prior to that in 1985 the first lionfish was spotted off of Dania Beach in Florida. There are 3 often-told stories or theories of how lionfish found their way into the waters around Florida, which are as follows:

So which of the stories is correct?

With regards to story number 3, the ballast tank story. How can this story ever be actually 100% proven wrong? This, however, doesn’t mean the story is correct.

Which leaves story number 1. The genetic work which disproved the single-release theory (Hurricane Andrew) actually pointed to a multiple release event that included at least 10 lionfish. So today’s researchers believe that story number 1 is correct, that quite a number of idiots in Florida decided to take their pet lionfish called bubbles down to the ocean and release them. A bit like those idiots in Florida who released their pet Burmese Pythons into the Everglades. Not that I can talk. I’m British and we have a horrendous history as a nation, of releasing animals into other countries that we “colonised” that went onto decimate the local native species.

How quickly did they spread and to where?

So that is the story of how lionfish most likely found themselves in Florida waters. However, what happened next? Please see below the animated timeline map from 1985 to 2014 showing the spread of lionfish throughout the Western Atlantic Ocean, Gulf Of Mexico and the Caribbean Sea. Thanks To REEF for giving me permission to using this timeline.

That timeline actually looks like a virus spreading. So…

Lionfish Invasion. How they took over the Caribbean and beyond

Lionfish are really amazing fish. It is as if they were designed by a mad scientist to take over the world. The timeline above shows the spread of lionfish year by year throughout the Western Atlantic Ocean, Gulf Of Mexico and the Caribbean Sea. But what is it about lionfish that made this happen in such a short period of time? These are some of the “mad” facts about lionfish that made this happen: 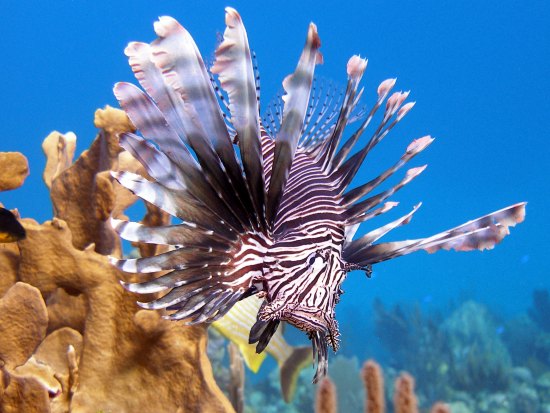 Can the lionfish invasion be stopped?

Absolutely not – they are an unstoppable force now.  How far and wide they will spread, no one yet knows.  That depends on how much they can adapt to the more extreme conditions.  Could we see lionfish off the coast of Canada?  No one yet knows the extent of their final domination.

But locally in small areas, with careful management, they can at least be contained and their sizes and numbers kept down with regular, near constant removal.

Here in The Cayman Islands, we are trying to stop these lionfish from taking over. The Department Of Environment regularly organises lionfish derbies (hunts). Also, local dive companies regularly organise lionfish hunts. The dive operation I work for (Tortuga Divers) does lionfish hunts every Tuesday and Thursday afternoon with the customers pointing them out and the guides spearing them.  We manage to keep our dive sites pretty clear with this constant attention, but between the dive sites?

I also do my bit here with my wife, going out as many weekends as possible to catch them. Our record is 54 in one dive. We also caught 98 in just one day on 3 dives.  Over the last couple of years we’ve certainly noticed in the main that the size of the lionfish in the areas we cover are smaller, and there are less now on sites we maintain than a few years back, so we certainly very much hope we are having at least a small positive impact with our work.

PS. Thanks to Richard Carey for letting me use the picture at the top of this page. 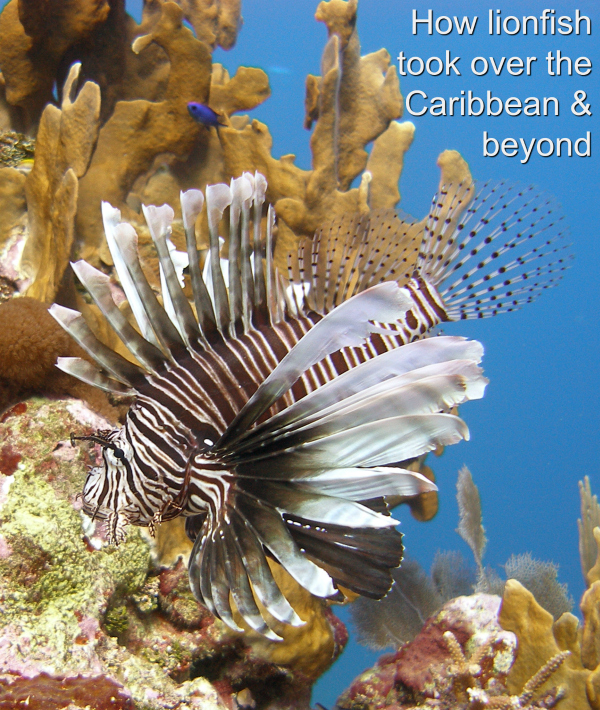 2 Responses to Lionfish invasion. How they took over the Caribbean and beyond